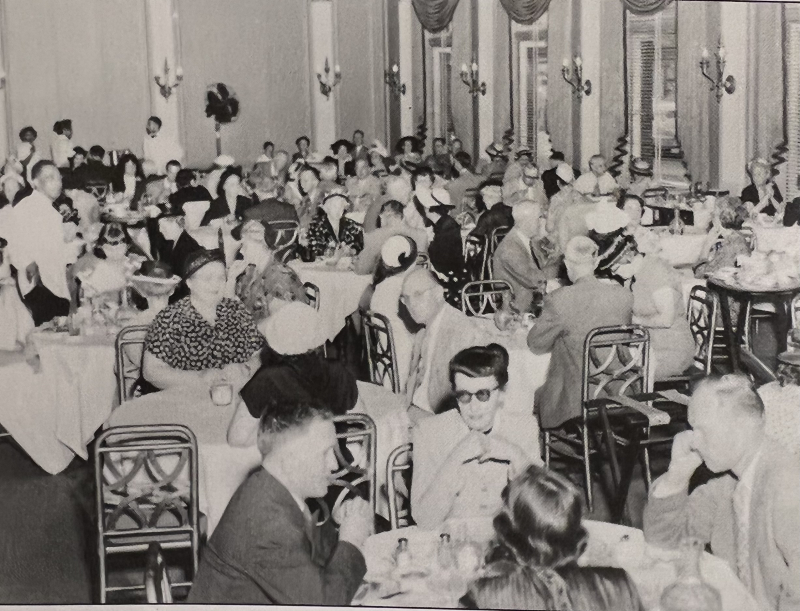 In 1951 Meier & Frank announced it would demolish The Portland Hotel to make way for a parking lot & Chevron station. On July 15, 1951 the legendary hotel kitchen served the final dinner. This hotel served an estimated 61 million meals during their sixty one years in operation. 132 employees lost their jobs, 60 permanent residents lost their homes, including one who lived in the grand hotel for 46 years.

Posted at 09:07 PM in HOTELS FROM PORTLAND'S PAST, THE PORTLAND HOTEL | Permalink | Comments (1)

My Grands are in this shot